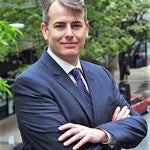 I live in Bellingham with my wife Helena, a mental health therapist. I moved to the United States from Denmark in 1985; I am fluent in Danish and understand and read Swedish and Norwegian. My attorney profile is below:

I started working at Seattle's Magnolia Hi-Fi shortly after I arrived. I decided to become a lawyer when I was 19 and started college in 1991 while working full time. I graduated from the University of Washington in 1997 and from UW School of Law in 2000.

With a commitment to getting compensation for those who need it most, I started Soholm Law Firm in 2015. While my firm is relatively young, I can promise you that I will be accessible, that you will understand what is happening with your case, and that you will have my undivided attention.

I have been a music fan since I started playing my parents' LPs when I was 6. Hunting new and old music is a favorite pastime.

Thank you for contacting us. We will get back to you shortly.

Please complete all required fields below.

Get reliable legal advice for your personal injury case today.

We offer a free consultation and we'll gladly discuss your case with you at your convenience. Contact us today to schedule an appointment.